THE STORY OF THE SERRA BONITA RESERVE 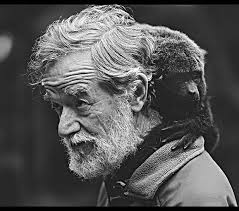 I am Vitor Osmar Becker, co-founder of the Serra Bonita Reserve and of Instituto Uiraçu. I would like to share with you the story of how the Reserve was created, and what we have accomplished so far. 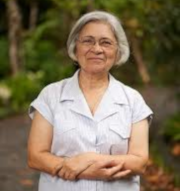 Clemira is an educator, dedicated to social, political and environmental causes. She created, implemented and developed many social inclusion and education projects with the University of Brasília, where she worked for over 20 years. Her work made the University a national reference in the development of social policies.

I am an entomologist dedicated to the taxonomy of Neotropical Lepidoptera. In 30 years of public service with EMBRAPA (the Ministry of Agriculture´s research branch),

I collected, identified and described over 1 million specimens of New World Lepidoptera assembled in the Becker Collection, currently a global reference in this field of science.

During our children´s school holidays, we used to travel to places where I could collect insects. We saw the forests were rapidly disappearing and realized it was pointless to keep dead specimens in collections, if nothing was done to preserve them alive for posterity. Thus, in 1985, Clemira (my wife) and I began considering to protect a forest area, and decided that when our children were grown and we retired, we would seek a place where habitat protection was needed.

In 1997 we chose Serra Bonita, in the municipality of Camacan, to create a Private Natural Heritage Reserve (RPPN), and in 1998, with our own funds, we started the land acquisition.

With funds from a partner, we also acquired 1,500 trees from a landowner who was selling the timber to loggers, under the condition that he not cut them. Among them were huge jequitibás (a large tree, of an endangered species), hundreds of years old.

In 2001 we acquired 43 properties (1,200 ha). We had their land titles unified and submitted a request to IBAMA for the registration of the area as an RPPN. In the same year, our partner acquired three properties in Serra Bonita, one of them containing the aforementioned trees - about 500 ha - and also requested IBAMA to register those areas as RPPN.

In 2005 we had, altogether, 1,700 ha under protection: the largest RPPN owned by individuals in the Atlantic Forest Central Biodiversity Corridor (CCMA). However, our personal funds were exhausted and we began to seek support to expand the reserve.

We soon realized that most of the available support could not be accessed by individuals, and it would be difficult to establish formal partnerships with universities and research organizations. So, in 2001 we created Instituto Uiraçu, a non-profit association, to enable us to submit projects and funding requests, to establish partnerships to protect the entire Serra Bonita, and to conduct and support scientific research and environmental education for the protection of the Atlantic Forest.

We learned from scratch how to run an NGO. Over time, more people joined us, and it became possible to raise funds and hire staff.

In recent years, through donations and project funding, Instituto Uiraçu acquired a few more properties registered as the IU´s property, and currently undergoing the process of recognition as RPPN. This will extend the protection of the forest to another 1,000 ha.

Instituto Uiraçu conducts research and continuous monitoring in these areas, and develops various educational activities in the community, in partnership with volunteers, the government, universities and research organizations developing studies at Serra Bonita.

These activities include visits to the Reserve, courses, training, lectures, workshops, cultural activities, as well as assistance to the Municipal City Hall in the creation and management of Municipal Councils of Environment and of Environmental Education.

Since the establishment of the Serra Bonita RPPN – or just the Serra Bonita Reserve, the SBR – over 50 flora and fauna studies have been completed or are ongoing at Serra Bonita, conducted by various organizations and universities in partnership with Instituto Uiraçu. One of them is the floristic survey conducted by the Botanical Garden of New York in partnership with the State University of Santa Cruz. This study has identified more than 1,000 species of vascular plants, including 15 new to science.

Birdlife International has defined Serra Bonita as an Important Bird Area, with over 300 species of birds, 59 endemic, including the recently discovered, rare and threatened Acrobatornis fonsecai or graveteiro (photo on the right) and the critically endangered Cotinga maculata, or Banded Cotinga.

Twenty new species have been found in Serra Bonita, including two species of frogs, a snake and two lizards.

There is still much to do. It is very difficult to manage an NGO that depends on third-party funds to operate. For many years, our family and many friends have played an important role as volunteers in the effort to protect Serra Bonita. However, for the Reserve´s long-term sustainability, we need to professionalize and remunerate permanent staff. This is our main difficulty, since the project has become too large for us to conduct by ourselves.

We continue seeking partnerships to:

To reach these goals we need to achieve long-term sustainability for the Serra Bonita Reserve, strengthening Instituto Uiraçu. Can you help? Clemira and I will be happy to receive your message or your visit, and on behalf of our animal friends and plans Bonita Serra, we thank you for your interest and support! 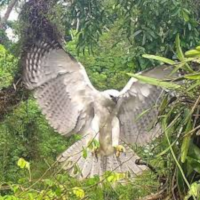 Note: Uiraçu Institute's mascot is the Harpy Eagle (Harpia harpyja). In Tupi, one of the Brazilian indian languages, Uirá means bird, and Açu means big. The "big bird", Uiraçu (pronounced we-rah-sue) is the largest of the New World, reaching 2.2 m wingspan. It flies high and has acute vision, and inspires us to do the same! It is practically extinct in the Atlantic Forest, but has been sighted at the Serra Bonita Reserve. A family of Uiraçus came to live at Serra Bonita, without human intervention. The Uiraçu has returned to us!